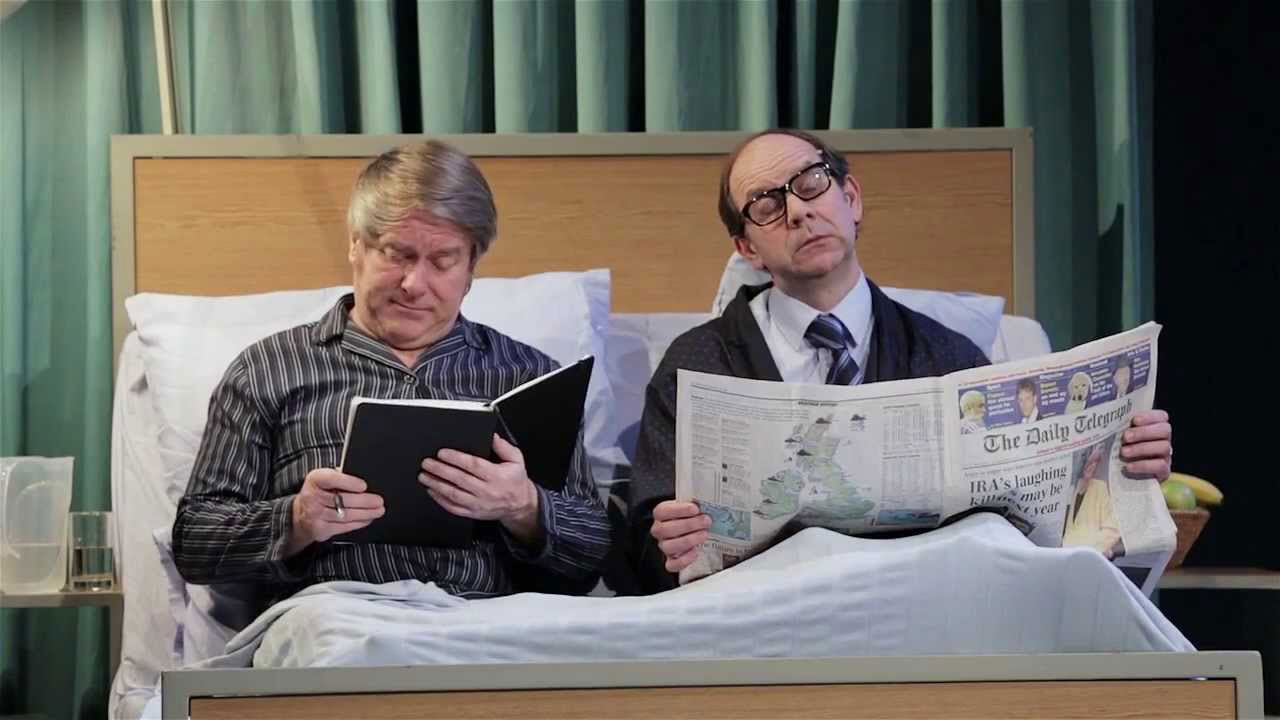 It's a brave pair indeed who decide to recreate arguably the nation's favourite double act, Morecambe and Wise, in a new show, but that's what Ian Ashpitel (Wise) and Jonty Stephens (Morecambe) have done in their play Eric and Little Ern, an affectionate love letter to the comedy duo whose influence is still felt on the comedy circuit to this day.
Opening on Little Ern's hospital bed, 15 years after Eric Morecambe's untimely death at the age of 58, Eric reappears to reminisce with his comedy partner about their life and career. Charting their history from the instant chemistry both felt on meeting for the first time, through the music hall days, TV superstardom, to their final years, the writers have packed not only a biography of the two men but a recreation of some of their finest moments into this skilful and seamless one hour play.
Staged on a simple but effective transforming set, taking us from hospital bed to TV studio, Ashpitel and Stephens are a class act and achieve a rare thing indeed, the ability to make the audience truly believe that this is the beloved duo on stage in front of them. Both men have uncannily captured every nuance, every move, every quirk perfectly and as each familiar catch phrase or gesture makes its appearance, the audience acknowledge it with cries of delight.
The show is peppered with references to the pair's most famous skits and a particular highlight is Eric's classic paper bag and coin routine, which is even funnier and more impressive when seen at such close quarters.
Where the show truly shines though is the moment the pair emerge in front of their TV show's famous velvet curtain and launch into a warp-speed greatest skits routine, the audience roaring approval as each punchline is delivered.
What pervades this whole show is the genuine love and affection the duo had for one another (apart from a few minor annoyances, the pair remained devoted friends and partners for 43 years) and the regard in which they are held by not only Ashpitel and Stephens but audiences today.

The full house and standing ovation are in themselves all you need to know. An absolute joy.